Perth based RCR is a major player in engineering and infrastructure with approximately 3,000 employees in Australia and overseas. The company has a long history in the design and supply of technology and equipment for mines and railways and through the licencing agreement, which extends for an initial term of 10 years, RCR plans to manufacture and distribute Kiruna Wagon’s Helix Dumper and associated unloading station throughout Australia, New Zealand and Southeast Asia.

“RCR is exactly the kind of established and competent company with whom we wish to partner to get our products out to geographically distant markets,” said Fredrik Kangas, Kiruna Wagon’s Managing Director.

The Helix Dumper is designed for efficient rolling discharge and its unloading station consists of a spiral-like structure that tips the wagons while the train slowly moves forward. Each wagon can carry 100 tonnes and in heavy transport the unloading technology is completely new.

“I am convinced that the Helix Dumper will revolutionise rail transport and unloading for bulk commodities and that it will be of interest to a number of Australian mining companies seeking to reduce their transportation costs. This technology has unloading rates up to 3-4 times faster than existing methods,” said Dr Paul Dalgleish, RCR Managing Director & CEO.

“Our Helix Dumper can unload considerably faster than other systems that require the train to stop in order to unload one or a couple of wagons at a time. The wagon also has the advantage of being able to handle fine-grained materials, which broadens its area of use,” explained Fredrik Kangas.

Kiruna Wagon secured its first export order in 2013, when 40 Bottom Dumpers were delivered to Rana Gruber in Norway. The principal agreement now signed with RCR Tomlinson is a major step towards further export of advanced mining and wagon technology from northern Sweden. 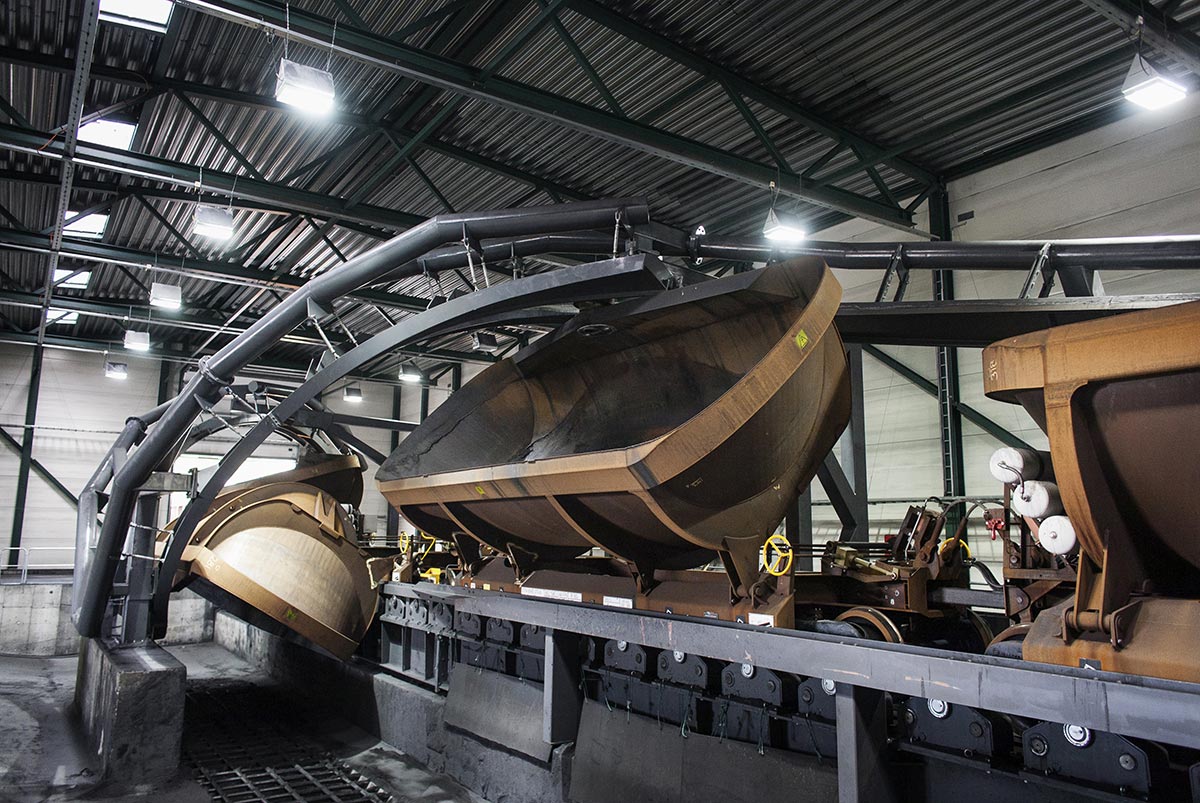 Helix Dumpers from Kiruna Wagon going through the HD unloading station, which is a robust solution without moving or motorised parts.